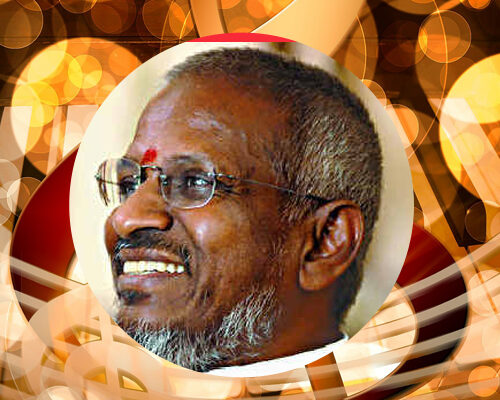 Is ilaiyaraaja a classical Western musician? Or is he a folk musician? Is he just a successful film music director? Or is he an experimenter in Carnatic music? Is he a proponent of popular culture against elitist culture? Or is he simply a cult figure? The honest answer to each of the above questions is a simultaneous yes and no. The 50-year-old maestro defies characterisation and refuses to be ghettoised in any single category. A prolific and versatile composer, ilaiyaraaja has generated an impressive corpus of work: some 700 film scores, an album of Carnatic music, three of devotional songs, an album of Vedic renderings, two of instrumental music released internationally and, now, an hour-long symphony.

In 1976, when ilaiyaraaja captured the imagination of the people of Tamil Nadu with a refreshingly virile folk musical score for his first film, Annakkili, he was dubbed a folklorist. But with every successive film a new genre of music was explored and new possibilities within the genres were brought to the fore. In the film Kavi Kuyil (1978), ilaiyaraaja composed a brilliant number using the raga Rithi Gowlai, which was rendered by the Carnatic exponent Dr M. Balamuralikrishna. The important feature to note, however, is the second version of the same song in the same film, sung by playback singer S. Janaki. While the melodic part remained purely Rithi Gowlai, the strings section played music in the European baroque tradition. In a sense, this song was the precursor of the path Ilaiyaraaja was to take later in his musical explorations. Throughout the song, Carnatic music was not permitted to dominate the  Western strings nor was the Western music allowed to drown the Carnatic raga. In the pluralistic domain of ilaiyaraaja’s music, there was to be a harmonious coexistence of several genres.

The year 1980 is an important point in any chronological study of ilaiyaraaja’s music. Three films, with scores by Ilaiyaraaja—Nizhalgal, directed by Bharathiraja, Moodupani directed by Balu Mahendra, and Raja Paarvai, written and produced by Kamal Hassan—were released that year. The dominant genre of the music used in Moodupani was modern jazz with a sprinkling of avant-garde elements. Nizhalgal was a celebration of Indian music: the song “Pon Maalai Pozhuthu” was a stunning exploration of the latent beauties of the raga Kedaram. The use of wind instruments, in particular the bamboo flute, in this number bewitched the country’s foremost flautist Hariprasad Chaurasia, who would later become an integral part of any musical experiment of Ilaiyaraaja’s. The duet “Andhi Mazhai” in Raja Paarvai is based on the raga Sivaranjani. While in the melodic portion, this raga is interpreted in the Carnatic style, T.V. Gopalakrishnan explores the Hindustani style by introducing vilambit in the interlude. The percussion in this song starts as a solid mridangam beat, rolls into tabla and drums, and ends as a complex, polyphonous rhythm. To top it all, there is a tonal shift and scale change into Western classical explorations just before the last stanza.

How to categorise such music? This question has been posed not only by listeners; ilaiyaraaja, too, has sought to address it. He has been reluctant to use the term “fusion” when describing his music because, as he sees it, he is neither creating hybrid music nor integrating various musical forms into an identityless monolith. The Delhi-based musicologist Venkatkrishnan G. Iyer, addressing the problem of classification in ilaiyaraaja’s album How To Name It? (1985), describes the maestro’s music as a “symbiotic fusion of the folk, popular and the classical without subsuming the identity of any one of them. It is realised in the fragmented suggestions of harmonic possibilities that deconstructs the sutured melodic line so as to liberate its indigenous harmonic components.”

According to the well-known critic, Sheryar Ookerjee, ilaiyaraaja’s music is seamless: “I was particularly impressed with four pieces in the album Nothing But Wind. ‘Singing Self’ is almost completely Western, where the richness of sound suggests a bigger string orchestra.” An expansive, opulent orchestral introduction leads to a violin solo, accompanied by orchestra and timpani. A pensive, undulating melody on the Indian flute, played by Hariprasad Chaurasia, is a mixture of typically Indian and English music, with little cadenzas for the flute and much mutual imitation by flute and orchestra. The music is by turn lighthearted and menacing, with angry shrieks from the flute, passionate outbursts on the percussion and abrupt orchestral punctuations.

Ilaiyaraaja’s forte is his iconoclasm and irreverence. He understands the basic truth that the material base for music is sound and never mystifies it as Manodharma Sangitha. This has helped him break many barriers that stand in the way of an exploration of music and its infinite possibilities. He thus became the first to compose a song in aarohanam only (for the film Sindhu Bhairaui). In the same film, he composed a folk version of a kriti of Thyagaraja, the most revered composer of South Indian classical music. Thyagaraja’s “Mari Mari Ninne” was originally based on the raga Khamboji, but ilaiyaraaja used the raga Saramathl for his rendition; orthodox musical circles could never come to terms with such a subversive act. He must also be credited for liberating some well-known ragas from cliched usage. For instance, in the number “Vel Murugannukku Mottai Onnu Podapporen” (from the film Puval Paadum Paatu) he made use of the raga Mohanam to provide a racy, urbane ambience. The song “Ninukkori Varnam” (from Agninakshathiram) is also based on Mohanam.

In a sense, Ilaiyaraaja’s work can be seen as a new version of the sensuous tradition which flourished from the Sangam period to the last days of the colonial era and with which dancer T. Balasaraswathi alone has provided a tenuous link, despite the repressive efforts of upper-caste orthodoxy. Ilaiyaraaja’s music seems able to achieve a harmonious blend between personal space and public space. For instance, the song “Adi Rakku Muthu Rakku” from the film Yejaman bursts out as a pagan rite occupying metaphoric space; the spatio-temporal disjunction helps to connect past, present and future, thereby abrogating chronological time.

Even in period films, such as Bharathi Raaja’s Nadodi Thendral, set in the colonial era, ilaiyaraaja introduces a temporal arrangement that abolishes chronological time; the enchanting nomadic song “Arooram Oorai” fuses the past with the present, combining nostalgia with uncertainty about the future. The song fulfils its role as a period number, yet it also has contemporary quality—an example of ilaiyaraaja’s magic powers. A critical evaluation of ilaiyaraaja’s first symphony will have to await the release of the recording in a few months’ time. What can be anticipated with some certainty is that the work performed by the Royal Philharmonic Orchestra will be firmly in the ilaiyaraaja tradition: that of challenging assumptions and pushing beyond established musical frontiers.