Keeping in mind the current status & the concerns that we have with regards to the COVID – 19 (Corona Virus), around the globe and in India, and considering the stringent regulations that are put in place by various authorities, we have decided to postpone “Ilaiyaraaja – Live in Concert” that was scheduled to take place in Malaysia, Dubai & Singapore on March 14, March 27th and April 05, 2020 respectively.

Health and safety of all have always been our topmost priority and considering the prevailing conditions, we did not want to take any chances whatsoever in this. While we are disheartened by the turn of events, we also know that this is the best course of action that one can take during these tough times. In close coordination with various stake holders, will shortly announce a new date for the event.

Thanks & Best Regards,
on behalf of The Maestro Ilaiyaraaja - Sriram 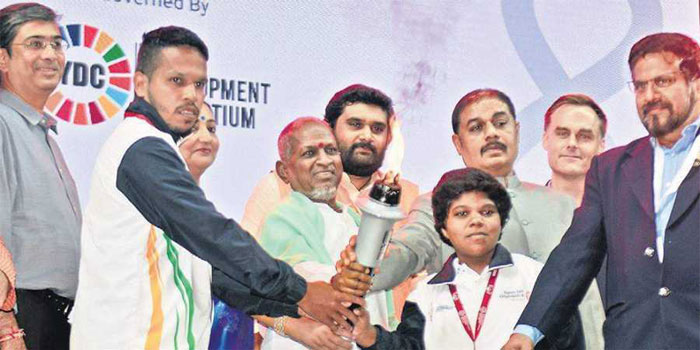 The inaugural Special Olympics International Football Championship got off to a great start at the Jawaharlal Nehru Indoor Stadium on Saturday. Eleven teams will take part over the next three days. Initially 18 teams, including Pakistan, were supposed to play.

However, due to various other championships and issues, they were not able to make it according to Cilvin Jayakumar, an organising official. “Even though teams pulled out, this is the first time such an event is happening with so many participants. We will definitely host more events in the future,” said the official.