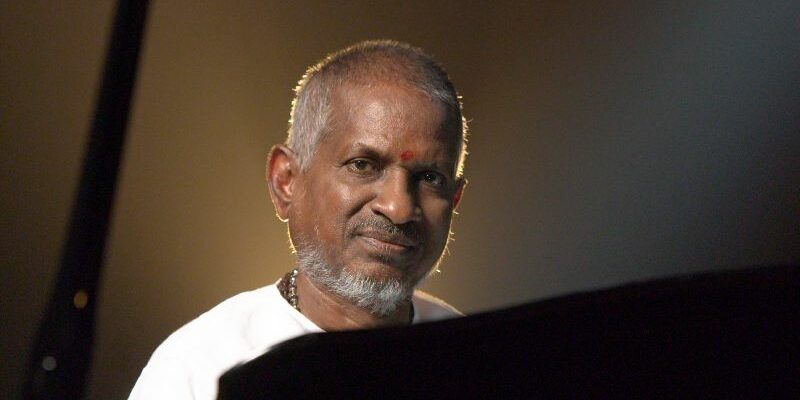 What sets Ilaiyaraaja apart is the magnificent ease and efficacy with which he fuses Tamil folk traditions, the strains of Carnatic music and Western orchestration to create a soundscape that instantly draws the listener into its depths.

Indian film composers make music.Ilaiyaraaja makes magic. His compositions add value to a film, at the same time, they also have a life beyond the films that they are embedded in. Could there be any other reason why he is a household name across the length and breadth of the country? Operating in a league of his own, Ilaiyaraaja has been striking the chords of the hearts of millions of admirers for all of four decades. His consistency borders on the phenomenal. He is widely, and rightly, regarded as a peerless force in the domain of film music.

Ilaiyaraaja, who made his debut as an independent music director in the 1975 Tamil film, Annakili, has continued to dominate the south Indian film music scene despite changing fads and popular tastes. He moves with the times without bartering away the soul of his music. When he branched out on his own he was simply known as Raaja, so his first producer added the prefix Ilaiya (meaning young in Tamil) to his name to distinguish him from a music director who was already in the industry, A.M. Rajah. The name stuck and rose to heights that nobody had scaled before him. He soon emerged as the undisputed Raaja of Raaga.

Ilaiyaraaja grew up in rural Tamil Nadu and imbibed the lilt and range of the region’s folk music. He was only 14 when he joined his elder brother Pavalar Varadarajan’s itinerant troupe. He with it all across south India over the next ten years, honing his skills and sharpening his ears to the unique sounds that he heard around him. It was during this learning curve that he composed his first number – an adaptation of an elegy to India’s first Prime Minister Jawaharlal penned originally by the great Tamil poet and lyricist Kannadasan. Ilaiyaraaja the ropes of classical music from the renowned Madras-based guru Master Dhanraj and subsequently did a course in classical guitar from Trinity College, London, which is an institution that also drew A.R. Rahman to its hallowed corridors many years later. Ilaiyaraaja absorbed various influences he brought all that he acquired along the way to bear upon his musical output. It has been so rich and varied that he is deservedly counted among the very best music directors that Indian cinema has ever produced.

What sets Ilaiyaraaja apart is the magnificent ease and efficacy with which he fuses Tamil folk traditions, the strains of Carnatic music and Western orchestration to create a soundscape that instantly draws the listener into its depths. Those that do not know better often draw comparisons between him and his accomplished protégé A.R. Rahman. The latter, who in his formative years was a keyboardist in Ilaiyaraaja’s musical troupe, dismisses all these attempts as odious. Rahman sees his mentor as a trendsetter, a genius who paved the way for the work that the Oscar-winner does today in India and elsewhere in the world. Ilaiyaraaja, on his part, never hesitates to describe Rahman as ‘a phenomenon’. That generosity of spirit extends to everyone.

When the doyen of Tamil film music, M.S. Vishwanathan, passed away in July this year, Ilaiyaraaja took the lead in organizing a concert to pay homage to the man who composed songs for over 1,200 films. The remarkably prolific Ilaiyaraaja has composed over 5,000 songs for more than 1,000 films, besides the background score of numerous other successful feature films. Besides, he has to his credit several acclaimed non-film albums, including How to Name It and Nothing but Wind, both of which he released at the height of his prowess in the 1980s.

How to Name It was Ilaiyaraaja’s first fusion album. The numbers draw inspiration from 18th century poet-musician Thiyagaraja as well as legendary German baroque composer Johann Sebastian Bach. The album was proof that there was nothing in the musical sphere that was beyond the ken of Ilaiyaraaja. The purely instrumental album Nothing but Wind had compositions that featured flautist Hariprasad Chaurasia playing with scores of violins. No Indian music director had ever attempted something of this nature – am audacious blend of Western harmony with the patterns of Hindustani classical music. He continued composing remarkable non-film music through the subsequent decades.

In 2010, the Government of India bestowed on him the Padma Bhushan. This was a crowning glory for a composer who has won the National Film Award – the country’s highest prize for cinema – on as many as four occasions. Three of his National Awards have been for Best Music Direction for the Tamil film Sindhu Bhairavi (1986) and the Telugu films Saagara Sangamam (1984) and Rudraveena (1989). His fourth National Award was for Best Background Score for the Malayalam period epic Pazhassi Raja (2009).

Today, aged 72, Ilaiyaraaja is still in the thick of the action, setting benchmarks that only the exceptionally talented can attain. He is currently collaborating with Hindi film director R. Balki for the fourth time after Cheeni Kum, Paa and Shamitabh. The upcoming film is Ki and Ka. In the first half of the 1970s, he was a musician for hire and he worked with many composers, including Salil Chowdhury, playing a variety of instruments. He also served as assistant to Kannada film music composer G.K. Venkatesh before taking the independent plunge.

His rise was meteoric but his success was obviously no flash in the pan. He built steadily on the early momentum, delivering hit after hit with relentless regularity. He has never faltered. Such is the flow of his music that even those who could not understand the Tamil or Telugu lyrics were swept away by the power of his compositions. Only a true maestro like him can rise above the limits imposed by verbal language and communicate through pure music. Ilaiyaraaja’s contribution to film music is second to none. There couldn’t be a more deserving Centenary Award winner.