Music and memories with the maverick genius

See You All Live in USA

See You All Live in Coimbatore 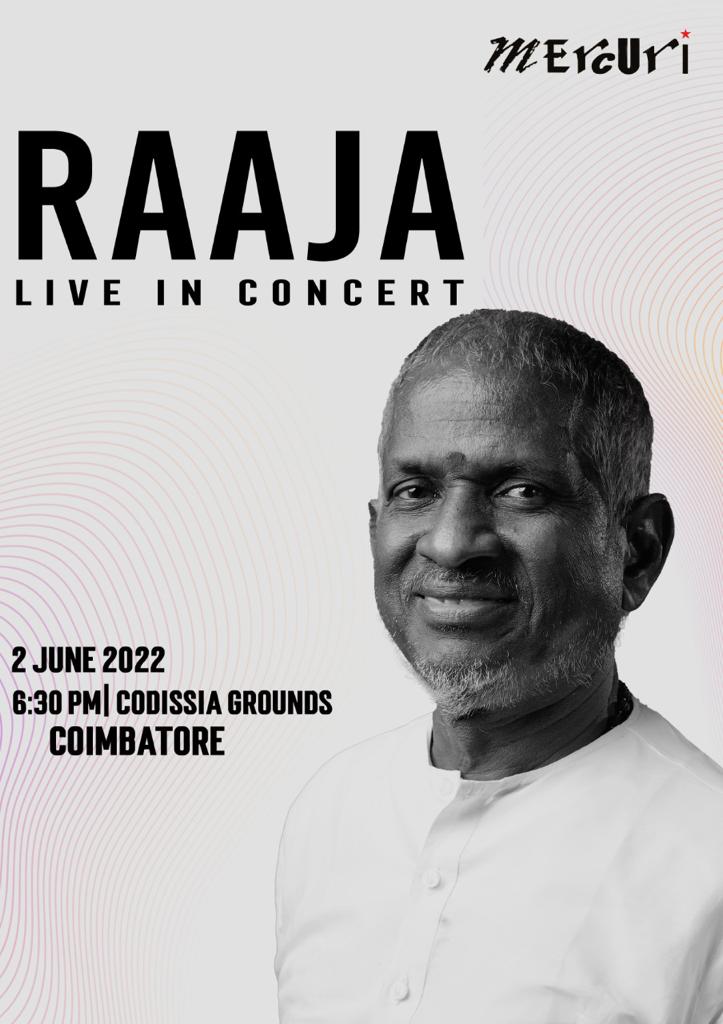 RAAJA By RaGa Live in Chennai 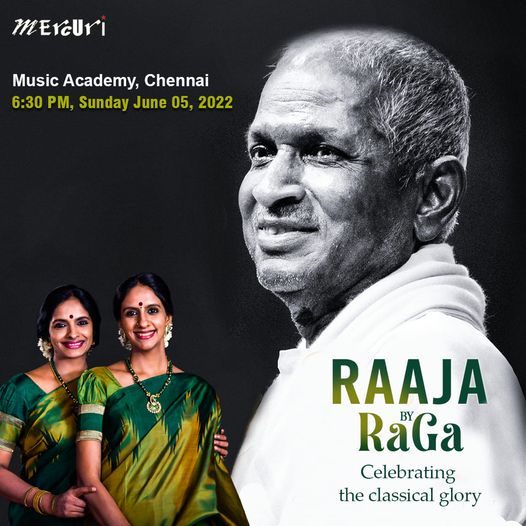 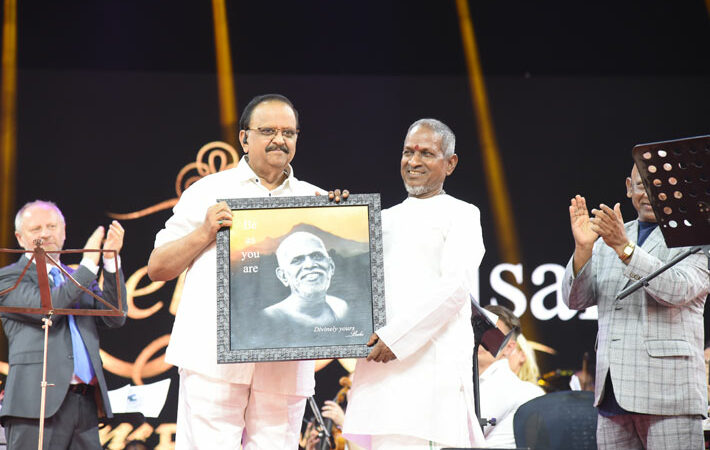 Music and memories with the maverick genius

Isai Kondadum Isai — a celebration of maestro Ilayaraja’s 76th birthday — was a live encounter with the composer’s genius. It was also a very special occasion because his six decade old friend, singer S.P. Balasubramaniam was back with him

We were – to be precise – 4.6 kilometres away from EVP Film City in Chennai, a seven minute drive. With sanguine belief that Google was indeed a testament of truth, we stormed out of the traps, but in less than three minutes, we were stuck in what we learnt later was one of the most historical traffic jams. A sight such as this was rare for Poonamallee Highway – cars, buses, two wheelers and trucks had nearly come to a standstill. The GPS instilled false hope, on each asking it said 20 minutes, what finally turned out to be two and a half hours. With time sticking out, people, on the Raja pilgrimage de-boarded buses, cars, and scooters, began to walk-run towards the venue. The unkind road and the heavy traffic hardly seemed a discouraging factor: people braved it with now or never spirit. Some of us sat in our vehicles guessing what the songs of the evening would be — old or new? As we guessed, we hummed, and midway through it all – did we hear concert sounds, had it begun? It was from the neighbouring cars, they played Raja songs to everyone’s hearing — the air was literally and figuratively resonating with them. The sprint towards the concert stage was to the strains of the moving “Janani Janani”, the opening song. We tried to find a wee bit of space in the mammoth venue overflowing with mothers, fathers, uncles, aunts, children and grandchildren — none could be left behind for this holy expedition. The friendly volunteer said with concern: “Don’t worry, this is only the second song. Raja sir could also not reach the venue.”

Isai celebrates Isai (Isai Kondaadum Isai), maestro Ilaiyaraja’s 76th birthday was a sea of people. The “God of Music”, as always, had taken control of the evening with his 60-member orchestra, about 30 of them from Budapest, led by their conductor Laszio Kovacks. And the rest, his trusted, supremely talented legion. In one conversation, I recall Raja saying, ‘every song has to be a performance’, what followed for the next five hours was a full-blown performance: music and more.

“Wait, wait a minute,” Raja sir called back the Carnatic vocalist Bombay Jayashree who was leaving after her rendition “Kai Veeneayai Endhum” (Vietnam Colony). “Tell the makkal when you first met me,” Raja sir ordered. “I met you when you were recording for Punnagai Mannan, SP sir introduced me to you,” she recalled meekly. “Narrate to them your experience of working with me,” was the second order. “I can still remember you teaching me the song, as if it took place yesterday.”

Past this early scene, “Stop, stop!” Raja sir shouted in anger, mid-way through Mano’s rendition of O Priya, Priya. A security guard had stepped onto the backstage to give water to a thirsty musician, and much to his ill luck, Raja sir spotted him. Looking terribly annoyed: “What’s your complaint, why are you here?” he summoned the visibly shaken guard. “All of you are living with my music, why then do you disturb when it’s going on?” he thundered, resuming the song from where it had been stopped.

The much coveted scene was to come, but the cameras played a bit of a spoil sport. It was the reunion of Raja and SP Balasubramaniam, after a break up of two and a half years over a copyright tiff. Even before SPB walked up front stage, the cameras spotted him and the screens feverishly beamed him walking up. The crowd went ballistic, they jumped out of their seats, cheered and welcomed him with a standing ovation. How happy they were to see the versatile singer back on stage with Raja sir! Responding to the affection of the ‘makkal’, SP bowed graciously, and presented the birthday boy with a Ramana Maharshi painting. Opening his account with the not-so-often heard peppy song from Nizhalgal, “Madai Thiranthu”, SP changed the colour of the concert. His enthusiasm, accompaniment from a remarkable orchestra and an equally stunning chorus — the concert gained extra energy.

It was time to cheer again, this time it was Jesudas. Wishing his thambi (brother) on his birthday, he sang the popular “Amma Endrazhaikaadha” from Mannan. Babu, my neighbour in the concert, and from the Tamil music industry, “He respects Dasanna (Jesudas) greatly, and ‘listens only to him’. You know what I mean…,” he made a loaded statement. Bhavatarini walked in, sang ‘Happy Birthday Daddy’, before she sang the Annakili song with her co-singer, the supreme “Yedo Moham”. S. Janaki’s flawless rendition played in our minds; how fortunate we felt to watch the live orchestra with all those great musicians who have made Raja sir’s music immortal!

Even Raja sir had forgotten the “Melur Othakdai” song Usha Uthup sang. As she narrated her share of stories, “have you come here to sing or speak?” Raja sir intervened. The dreamy “Oh Butterfly”, the lovely “Enulle Enulle”, the exuberant “Raja Raja Chozhan”, the robust “Jagada Jagada”, the lively the wistful “Velli Salangaigal”, the romantic “Thendral Vanthu Theendum”… the songs came steadily from SPB, Jesudas, Mano, Usha Uthup, Priya, Vibhavari, Rita, Madhu Balakrishnan and others. Kamal Hassan walked in to loud whistles and applauses. He had a story to tell. For ‘Hey Ram’, he had signed up with a music director, who walked away from the project abruptly. In a state of despair he went to Raja sir, who not only bailed him out but also composed music for scenes that had already been shot . “I can hear a song here,” Raja sir had told Kamal for the scene which has the song, “Isayil Thodangudamma”. He was not to keen on a song, but half heartedly gave him consent and what it did to the scene was sheer magic. Santhosh and Koushik from the chorus team rendered this difficult song by Pt. Ajoy Chakravorty to amazing perfection.

Then came the Mouna Ragam climax scene. The re-recording for this particular scene is breathtaking, in fact, as actor Parthiepan who took the audience through the scenes of Mouna Ragam and Sethu, said how the scenes had little impact without the background score. The highlight however was Raja sir’s long time violinist Prabhakar playing the Mouna Ragam bit live — soul stirring.

The Cine Musician’s Union came on to the stage to wish and felicitate the legendary composer. A building for the Union will soon come up, funded completely by Raja sir.

Actor-comedian Vivek in his inimitable style regaled the audience with his observations on the great composer. He lauded the audience who had braved the traffic and huge crowd to be a part of the event, “pat your own backs for the enormous love you have for Raja sir’s music”. Vivek continued: “Raja sir is a perfectionist, and therefore he gets angry when people around him do not measure upto it. Doesn’t the moon have dark spots, does that make it less beautiful?”

The climax came when a team of music college girls came on stage to run the unusual composition, “Na Porandvandadu” from Maya Bazaar. Ravin, in his essay, “Raja The Genius” observes that the song is an orchestration nightmare. “You need the right voices, the right pitch, the right intervals and total coordination between the chorus singers. This is not something where you can mask errors under a heavy bass guitar or strings – there is only one option – perfection! Raja has not compromised in any way because of his use of just voices – the song has its interludes and the interludes are different from each other. In the charanam, the voices back the main melody. Raja uses laughter at the end of the track. The pitch of the laughter keeps swinging – goes a notch below and then a notch high and then a notch below. Those who understand conducting will know that getting these three phrases to perfection is a nightmare.” What they achieved on stage was immaculate, a stunning rendition.

The finale was rendered by Mano and group, “Pothuvaga En Manasu”, and it was close to 1 a.m. Most of the audience stayed on till the end. But the maestro didn’t, he had left a few songs ago without even a goodbye. People lingered on, looked one last time at the musicians who played the background score, took photographs, and slowly walked out. The night was young, hearts were full. There were people from far flung places, also Mysore, Bengaluru and other parts of Karnataka. “He could have sung a Kannada song. Maybe Jotejoteyali…,” the discussion I am sure is still going on. 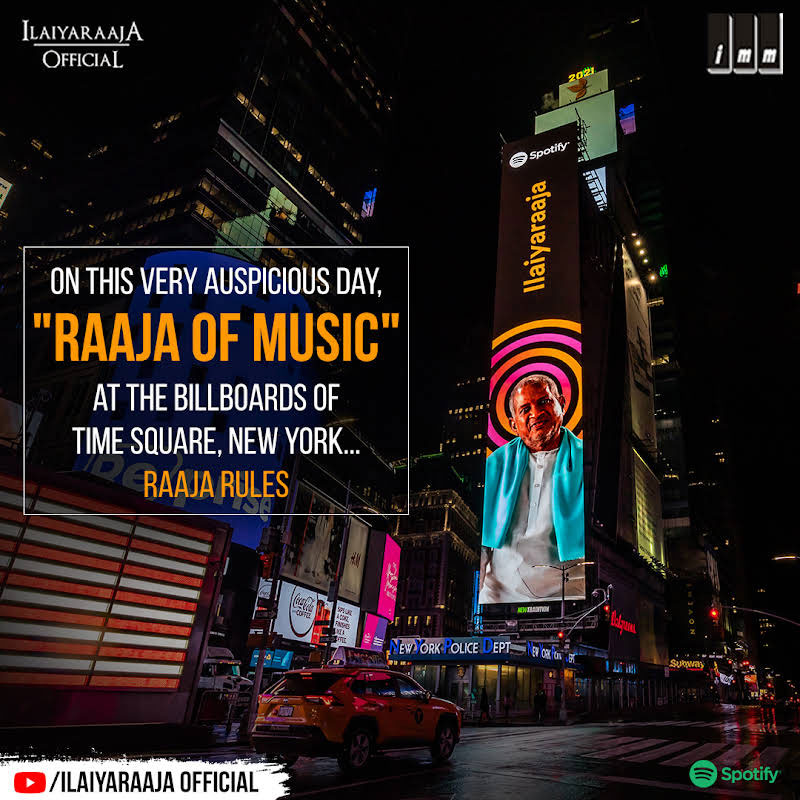